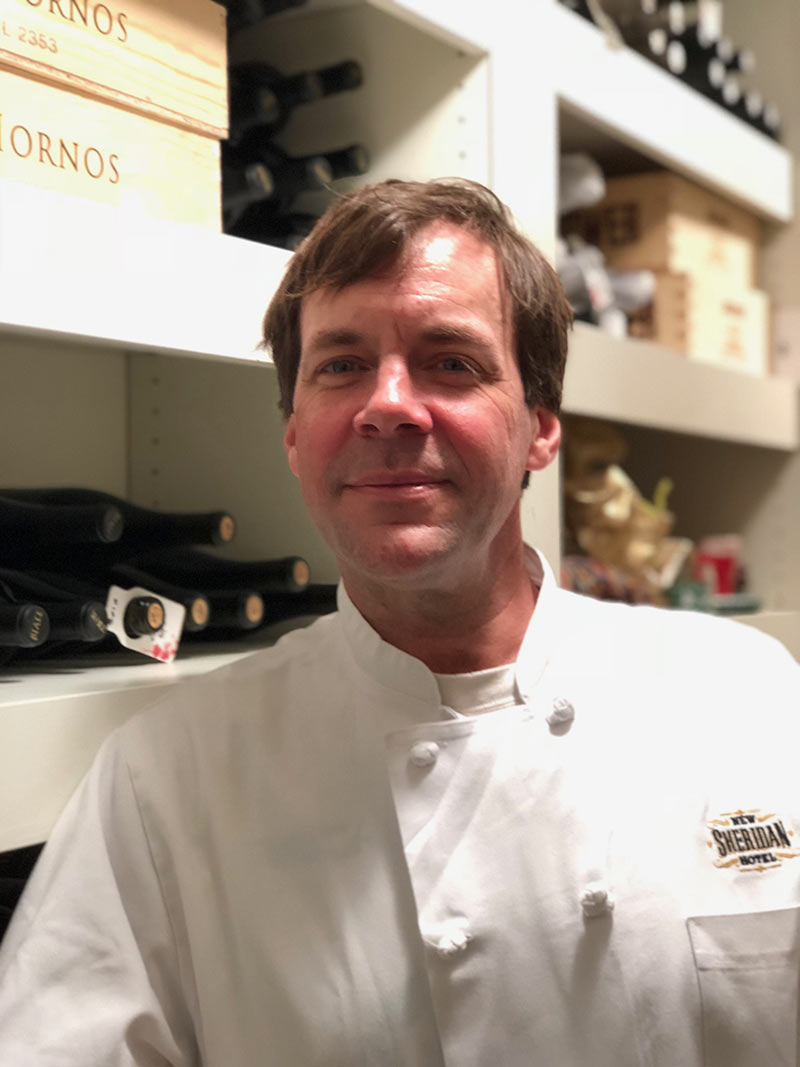 A proud native of Kentucky, Michael Moran, Jr. knew his calling from a young age. Watching and learning from his mother, who was a fabulous cook, he developed a love for the many different techniques used to prepare a variety of foods. Michael received his first cook book when he was 12 and a lifetime love affair was forged.

After attending Transylvania University in Lexington, Ky and only having worked in kitchens, he realized that the culinary world was his truest interest. He enrolled in the Culinary School at Kendall College in Evanston, IL. With the blessing of a formal education and parents who always supported his aspirations. Upon graduation he immediately heeded the call of the mountains. Michael initially took on the challenges of sole line cook at the historic Fawn Brook Inn in Allenspark, CO then on to Aspen and the more contemporary cuisine of Syzygy. He then went back East to Athens, Georgia to help a friend’s restaurant group open a new steak house, The Porterhouse Grill, and to continue to learn more and more in the wide culinary world. The next step was a return to Kentucky to accept an opportunity at Dudley’s Restaurant as Sous Chef and was consequently promoted to Executive Chef. Feeling the need for further education and experience Michael headed out to the cornucopia of central California.

The opportunity to work with Chef Walter Manske at L’Auberge Carmel and Bouche was not one to pass up. Michael then worked with close friend and chef Justin Severino at Severino’s Community Butcher (now of Cure/Morciella in Pittsburgh). The California experience was priceless but the mountains were calling again. He began his path in Telluride at Honga’s Lotus Petal and then at Pescado as sushi chef. Michael then took his skills to Rev at the Madeline Hotel as Chef de Cuisine. In 2015, Michael was offered the opportunity to join The New Sheridan as Sous Chef and quickly immersed himself in all aspects bringing his globally influenced palate into play. In November of 2017 he was named Executive Chef, a role which he had aspired to for years and brings his classically influence cuisine with a contemporary touch.

Michael is the Executive Chef for all food service outlets at the historic New Sheridan Hotel in Telluride, Colorado. He is responsible for fiscal management and planning, employee oversight, internal controls, and menu development. Outside of work Michael is a vinyl record enthusiast and enjoys all the outdoor activities, especially fishing and skiing, that Telluride and the surrounding areas have to offer.